Canberra is known to many as “the bush capital” and this means there are a lot of nature parks interspersed among the suburbs and hills.  The only National Park in the Australian Capital Territory is Namadgi, which is southwest of the city area, but there are several dozen other nature reserves.  Once they had been given VKFF numbers by the WWFF coordinator for Australia, it became a natural extension of my portable operations around Canberra to add the VKFF number of a park I was in while activating SOTA summits.

After activating Majura, Ainslie, Taylor, Isaacs Ridge and Tuggeranong as well as Namadgi NP many times due to the number of SOTA summits located in registered parks,  it seemed like a good idea to continue to activate parks in the spring weather we are now enjoying (November) between rain showers (it has been a very wet year).

In October and November to date I have activated Urambi Hills, McQuoids Hill, Cooleman Ridge, Farrer Ridge and Wanniassa Hills Nature Reserves, all in the Tuggeranong Valley or adjacent to it.  The next reserve activated was Mt Painter nature reserve.

All were easy to access, and for the hills you have the option of setting up anywhere within the reserve, not necessarily on the hilltop, though in several cases I was curious to look at the view from the top and did walk up anyway.   I was also using these activations as training exercises as I was acutely conscious of losing some of my fitness for SOTA walking due to various injuries during the year.

The operating position at Urambi Hills.  Photo taken by camera attached to the antenna pole at about 1.2m. 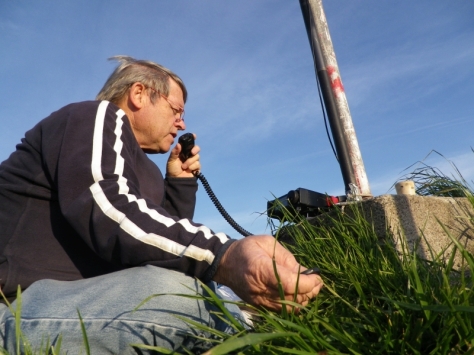 Looking back down the hill from half way up.  Loose stones, take care here, especially downhill. 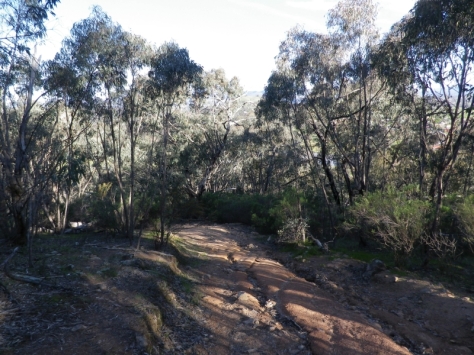 Almost at the top, McQuoid’s Hill 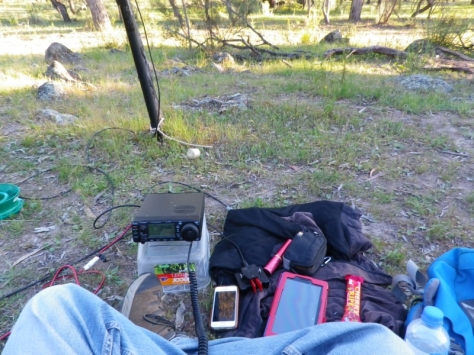 Lashing the pole to a fairly dead tree.  Using the branch to prevent the rope from slipping downwards, just as F1BLL calls me.

I particularly enjoyed the walk up to Mt Wanniassa, which qualifies as a nature reserve but is not a SOTA Summit.  Nearby Isaacs Ridge is slightly higher.  But this is a nice mountain and has a great view. 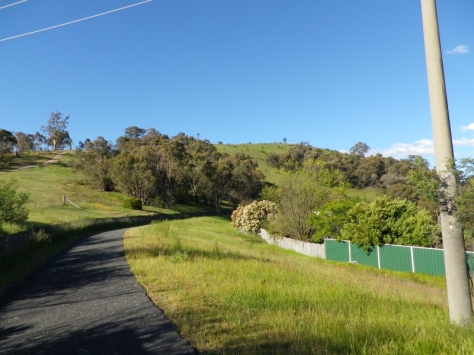 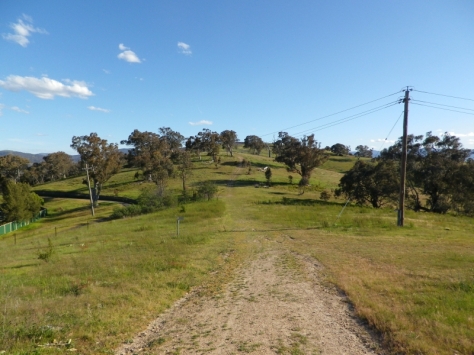 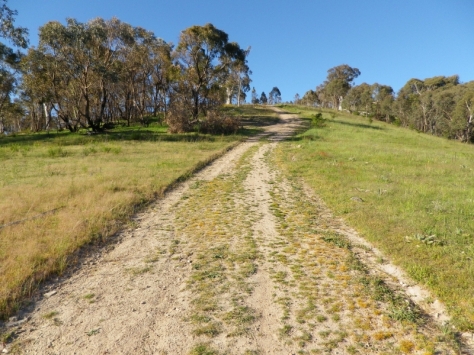 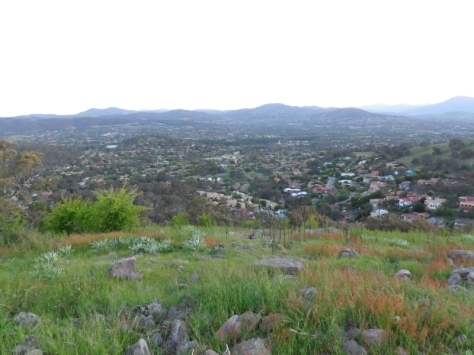 After these southside nature reserves I looked at the map and decided that a northside reserve was next.  Mt Painter is a hill to the south of the suburb of Cook in the Belconnen area.  It was many years since I visited this hill and it was an easy walk up from a roadside park, past the water reservoirs and to this bench with a view of Black Mountain and the lake.

On most of these activations I made at least 10 contacts in about an hour, using 40 and 20m bands on SSB and CW.  I was hoping for more dx contacts on 20m CW but conditions have been depressed, so it is even more difficult than usual for a 10 watt signal to get all the way around the earth.

Gerard, F1BLL (in France) did call me on most of these activations and even when very few others seemed to hear me in Europe, he heard and called me. Thanks Gerard, very nice to have your consistent signal on nearly all of my recent activations.

Another Gerard, VK2IO, attempted contacts with me from Sydney on many of these activations but the radio conditions simply didn’t give us a chance of making a contact via the very high ionosphere.

As all the nature reserves are intended for public use, there is no requirement to get permission to enter and use them.

VK1DA on the net
Blog at WordPress.com.