The next day after arriving in Pamplona and the activation with Guru EA2IF arrangements were made for another activation which would be NV-119 San Cristobal. This activation was made with Ignacio EA2BD. He had already activated this summit during this year.

The antenna, one I had borrowed from Andrew VK1AD, was a LNR EFHW and was setup as an end fed half wave for 20m.

With the antenna fed directly from the KX3 it was showing a SWR or 2.5 so I put the Elecraft T1 into the circuit, producing a 1.0 swr for the kx3.

This setup enabled me to make a number of contacts on both cw and SSB, on 20m. As it was the middle of the day we did not expect any dx and there was no signal from the USA or further afield. 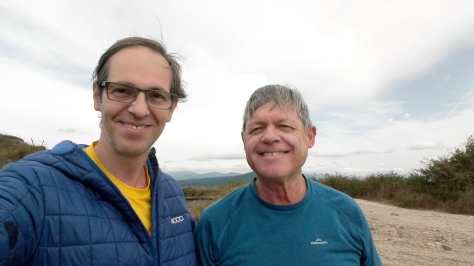 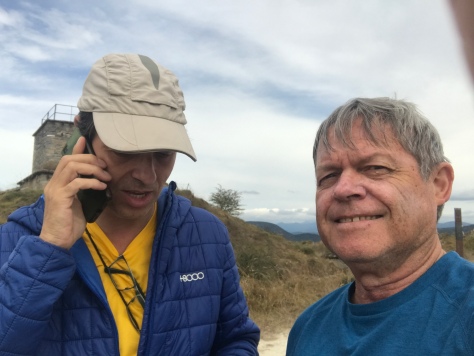 I record here my sincere appreciation of the effort made by Ignacio to help me with this activation, also he drove twice to Roncesvalles, the second time was to retrieve the logging tablet which I accidentally left at the Bar there.

After the activation I was invited to join Ignacio and his wife and daughter for lunch at their apartment. This was a very pleasant occasion for me and I felt very honoured to be a guest in their home.

VK1DA on the net
Blog at WordPress.com.