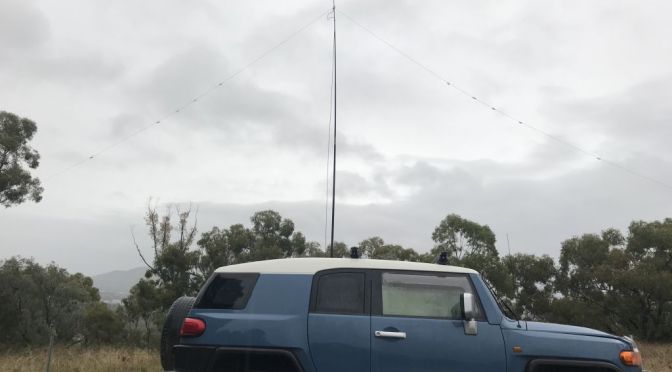 In March 2021 I received an email from Vagn, OZ1OXQ in Denmark, asking if I could set up a sked with him to try for a contact. He is a keen dxer but by choice, limited to 100w output power and wire antennas, quite a typical set of parameters for many radio amateurs. He particularly wanted to make a CW contact on 40m.

I responded that I didn’t know whether it would be possible but I was willing to try.

We first ran a sked where we tried to hear each other at a selected time, around 0700 UTC which was morning for him and late afternoon for me. That time did not work well for him so we made a new sked for 1945 UTC which was just before 7AM local time for me. I think we made a contact on the first attempt, though he was surprised that I was using my VK2UH callsign. I knew he wanted a VK1 contact and I thought I should give him the VK1 contact from VK1, rather than VK2 where I live. So after clearing up that confusion he asked when might we be able to try for a contact from VK1? This all happened just after the Commonwealth contest I reported on in the previous blog post, so I was happy to set up at the same spot one week after that contest and try for a contact with him from there.

So on the weekend after the Commonwealth contest, I was back on Red Hill with the same radio, same antenna and ready to try for a contact. And sure enough at the time arranged, around 2024 UTC I heard him calling me on the nominated frequency. I replied, we exchanged signal reports and within minutes received an email from him thanking me for the contact.

Signal strengths were not high, ie. around s3-4, noise and adjacent signals created some problems but as we only needed to exchange signal reports, it was reasonably easy to achieve the contact.

It was a very satisfying thing to be able to give him the contact he most wanted to have. It completes a cell in his table of VK call areas worked. All I have to do now I get my LOTW log updated so he can get it confirmed there. I’m working on it.