Visiting my daughter and family on the Sunshine Coast of Queensland, I had taken a basic set of SOTA activation gear with me in case an opportunity came up for an activation. While planning activities for Sunday 1st Dec I offered my grandson Jack (12) the option of climbing Mt Coolum with me and joining in a SOTA activation. He jumped at the chance and his mum was very happy to see him accompany me.

We drove up to Coolum having planned to start the activation at 2pm local time, 0400 UTC. Traffic was ok and Jack read out the navigation instructions from my Navmii app on the iphone as it was not delivering audio to the bluetooth connection.

There was a forecast for a storm to pass through the area and the radar showed a narrow band of rain and high wind. But when we parked at the foot of Mt Coolum there was no sign of bad weather north or east, though there was haze and cloud to the south.

So we decided to continue with the climb and checked the weather we could see as we went. The wind was very strong at times. At the top we found a fenced compound containing some comms gear. I wondered whether we would have much interference from the equipment there, but there was no alternative for mounting the light pole I had brought with me, a 6m thin fishing pole.

We set up the antenna, a trap dipole for 20/30/40m, fed with RG178. The insulator at the feed point has a small hole that the top of the pole can fit into.

The FT817 radio was hearing a lot of static from storms in the area, and some signals from other amateurs on the 40m band. I decided to start on SSB this time, to give Jack a chance to hear what was being said on air. The first contact was with Gerard VK2IO who was portable in a nature reserve in NSW. After that contact my CQ calls were not answered and I decided I needed to move to CW and carry out some contacts in morse code.

Jack had done a bit of morse code for a school project so he knew what it was but didn’t understand the morse I sent or received. I explained the CQ, TNX, 73 and RST codes to him. It was too fast for him though.

After 3 contacts on CW/morse I wanted a fourth so as to qualify for 4 activator points on the CW mode. And once again Bill VK1MCW came to my rescue. He wasn’t hearing me too well, but persisted and listened for my replies until he heard them. He then gave me a low signal report, as I expected, as his own signal was not particularly strong and I knew my transmitter was a lot less powerful than his, so he would be hearing a weaker signal from me. Finally we had confirmed our reports and completed our contact.

Then I noticed some spots on the ParksnPeaks site for portable stations operating on voice/SSB further up in the band. So we looked up there to see who we could hear, sure enough Alan VK2MG was received up on 7.144 and his signal was strong so we had a good chance of being heard by him. After a few calls from stronger stations, Alan heard our call and we were able to exchange signal reports with him successfully.

We looked again at the clouds to the south and the west. The wind was still strong but there was no sign of the wet weather getting nearer to us, so the sunshine continued. However we thought we had been on the hill long enough, it was difficult to make more contacts and we decided to pack up and walk down the hill.

On the way down we saw quite a few walkers coming up the hill. One of them was a very small child about 3 years old, holding mum’s hand. That is quite an achievement for a small child, and for mum!

Here are some photos of our trip. 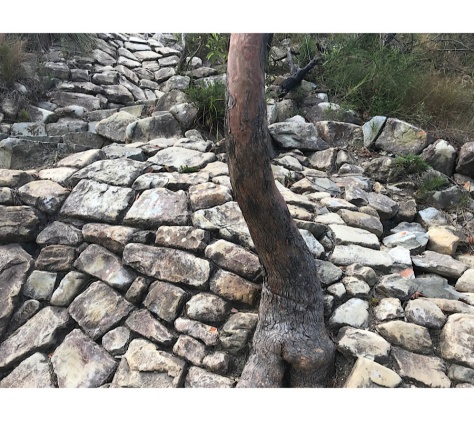 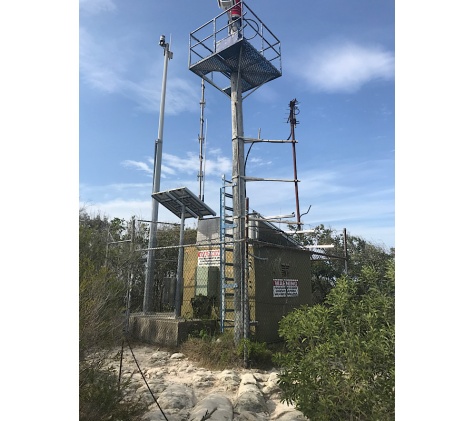 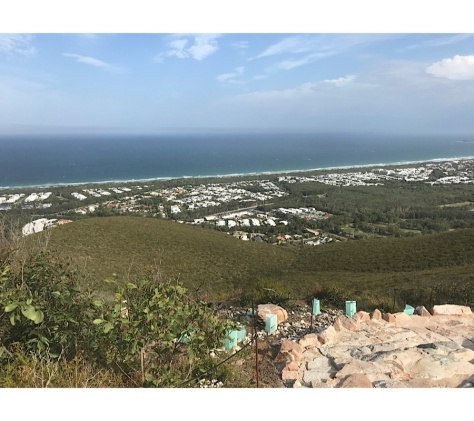